Breuer’s Bohemia The Jewish-born Hungarian architect Marcel Breuer’s postwar experimental house designs in the United States, and the people who commissioned them, are extensively probed in this story of idealism, fallibility and loss in the context of the Cold War politics of the early 1950s to the Vietnam war years and Free Love of the late 1960s. Breuer’s Bohemia features an original immersive score by Sacha Puttnam and rare footage and interviews of Breuer, Alexander Calder, Arthur Miller, Gyorgy Kepes and others from their storied milieu. Releasing 2021. 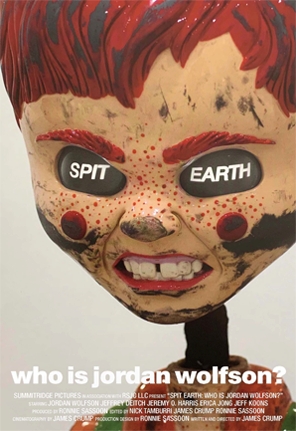 Spit Earth: Who Is Jordan Wolfson? is a feature documentary film about this controversial and divisive artist who in the last five years has solidified his stature with unnerving and provocative new works that elicit extreme reactions from both critical naysayers and vocal proponents alike. Wolfson is not content to play by the rules of a conservative self-policing art market that favors the status quo, instead preferring to make us squirm as he engages a host of lightning-rod issues facing our society today; homophobia, misogyny, racism, white nationalism, antisemitism and violence to name but a few. Wolfson is an art maker on the world stage whose immersive works take on today’s endemic virtue signaling and politically correct narratives, veritably throwing it all back into our faces. Releasing worldwide 2020. 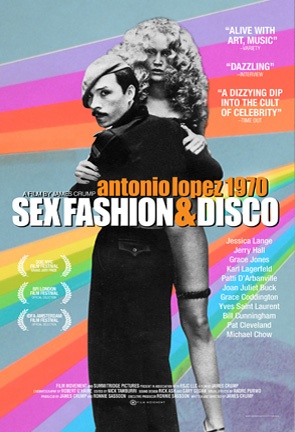 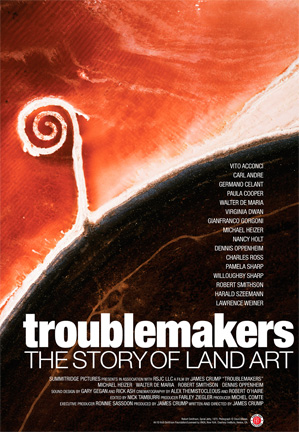 Troublemakers unearths the history of land art in the tumultuous late 1960s and early 1970s. The film features a cadre of renegade New York artists that sought to transcend the limitations of painting and sculpture by producing earthworks on a monumental scale in the desolate desert spaces of the American southwest. Today these works remain impressive not only for the sheer audacity of their makers but also for their out-sized ambitions to break free from traditional norms. The film casts these artists in a heroic light, which is exactly how they saw themselves. Iconoclasts who changed the landscape of art forever, these revolutionary, antagonistic creatives risked their careers on radical artistic change and experimentation, and took on the establishment to produce art on their own terms. The film includes rare footage and interviews which unveil the enigmatic lives and careers of storied artists Robert Smithson (Spiral Jetty), Walter De Maria (The Lightning Field) and Michael Heizer (Double Negative); a headstrong troika that established the genre. As the film makes clear, in making works that can never be possessed as an object in a gallery, these troublemakers stand in marked contrast to the hyper-speculative contemporary art world of today. 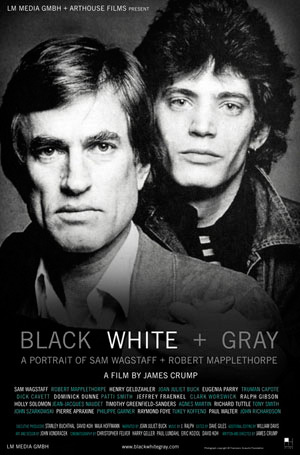 Written, produced and directed by James Crump, Black White + Gray meditates on Sam Wagstaff’s life journey and his transformation through shared passion and experience with Robert Mapplethorpe. It shows how Wagstaff found his role as a collector of photography and through Mapplethorpe was enabled to visit and unlock parts of his true self. It likewise gives new dimension to Mapplethorpe and his role inspiring Wagstaff in his early collecting of photographs. The film demonstrates the symbiotic bond that grew out of a chance encounter in 1972 and how the work of both men continues to resonate today. When Wagstaff and Mapplethorpe made their first discoveries and triumphs in the medium, photography didn’t enjoy its present status nor the hyperbolic values now being realized at auction. They would be amused by their influence, which continues to play itself out in the art world.